I’m a landscape painter who has returned to full time painting after a thirty-year career in architecture. After decades of obeying the rules of gravity and engineering needed while designing buildings, I’m thankful for the freedom painting allows. I spent my childhood in coastal South Carolina and many of my paintings recall the light and color of that marshy world. Typically, I paint from memory in an abstract style. Acrylic paint appeals to me because it dries quickly, allowing the fast buildup of layers and texture. Often I’ll repurpose an old failed painting, allowing pieces of the older work to remain as I develop a new image. When I’m successful, each layer contributes to the mood of the work. For me, painting has become a form of contemplation. When I’m in the studio I’m most at home in the world. Here I can enjoy pure expression with very few rules. I have studied the work of many twentieth century artists and particularly admire the paintings of Pierre Bonnard, Henri Matisse and Richard Diebenkorn. 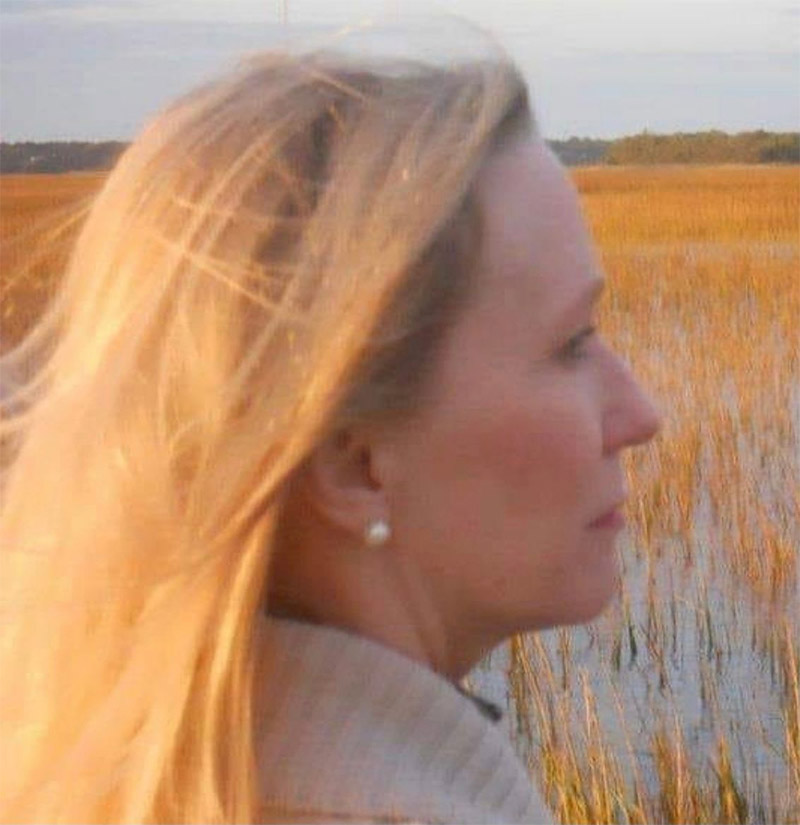 Frances Roosevelt painted as a child and continued as a Studio Art and English major at The University of Virginia where she graduated with High Distinction in 1977 and was elected to Phi Beta Kappa. Utilizing her art background, she pursued a career in architecture, earning a Master’s in Architecture from The Yale University School of Architecture in 1981 and was the recipient of the Eero Saarinen Award for design excellence. She practiced architecture in the offices of Cesar Pelli in New Haven CT, Robert Venturi in Philadelphia PA, WG Clark in Charleston, SC, and Lyman Perry in Paoli, PA before establishing a private practice in residential design which provided the flexibility to raise her family.

In the years since returning to full time painting, Frances has participated in group and solo shows at Anglin Smith Gallery and The Corrigan Gallery in Charleston, SC. Her work has also been shown at the Annual Barn Show at Scarlett Thicket Farm, in Unionville, PA and at Blue Streak Gallery and Carspecken Scott Gallery in Wilmington, DE.

Frances is thankful to Joan Blaine who kickstarted her return to painting with a commission to produce a series of murals for The Stroud Water Research Center in Avondale, PA and to sculptor Stan Smokler, who has been a continued source of inspiration and encouragement.

Paintings by Frances Roosevelt can be seen at her gallery, Union Street Gallery, Kennett Square, PA,  as well as Carspecken Scott Gallery, Wilmington DE, and The Corrigan Gallery, Charleston, SC.

All profits from Frances Roosevelt paintings are donated to local food banks and non-profit organizations.